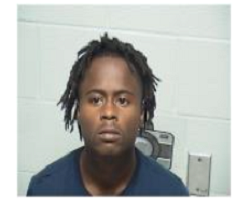 (Waukegan, IL) An arrest has been made in a Waukegan shooting that caused controversy earlier this year. Kaleb Brown of Lake Villa is facing aggravated battery/discharge of a firearm, stemming from the February shooting of a 19-year-old dollar store employee. The case originally led police to wrongfully arrest a 15-year-old high school student, who they held for two days before clearing him in the case. According to court records, at the time of his arrest for the February incident, Brown had outstanding warrants for a pair of weapons charges dating back to June of 2021. Lake County Jail records indicate that the 20-year-old also faces theft and criminal damage to property charges that were originally filed in September of 2020. Bond has been set at 500-thousand-dollars, with a court date for the shooting scheduled for mid-August…no further court dates were issued on the other charges after a hearing last Friday.