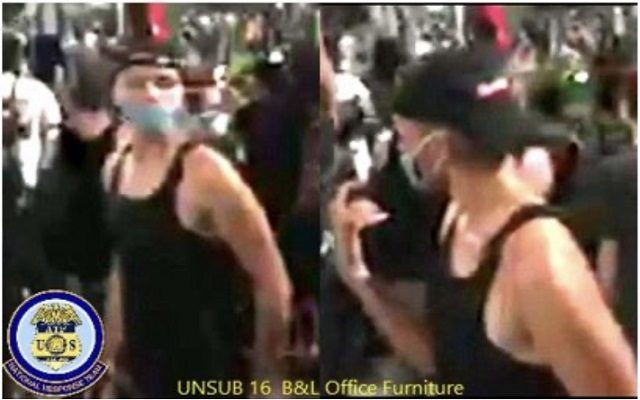 KENOSHA, WI (WLIP)–The Bureau of Alcohol, Tobacco, Firearms, and Explosives says they are seeking several persons of interest in relation to arsons that occurred during the anarchy in Kenosha last week.

Investigators are trying to identify the suspects in twenty structure fires and seven vehicle arsons. The department has released several stills from the live streams during the violence.

Among the buildings that the arsonists targeted were B and L Furniture, TCF Bank on 63rd Street, and the Uptown H and R Block.

One particular person of interest is connected to more than ten different fires-including the one that claimed Car Source on Sheridan Road and Something Different Downtown, as well as an attempted blaze at the Dinosaur Discovery Museum and at the Simmons Library. 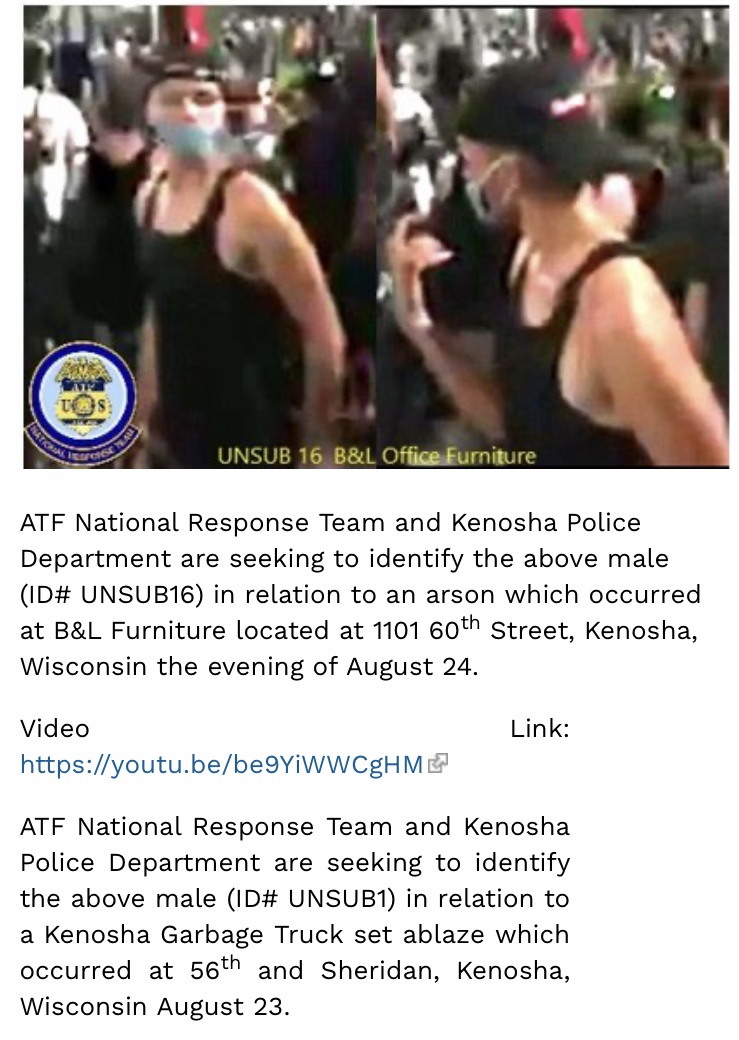 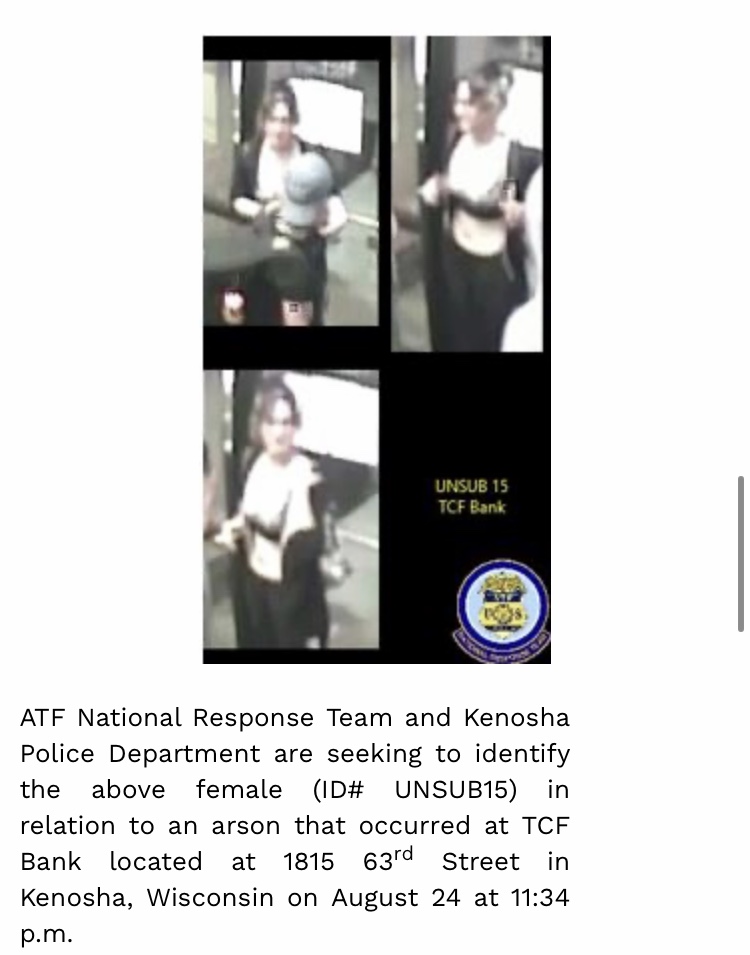 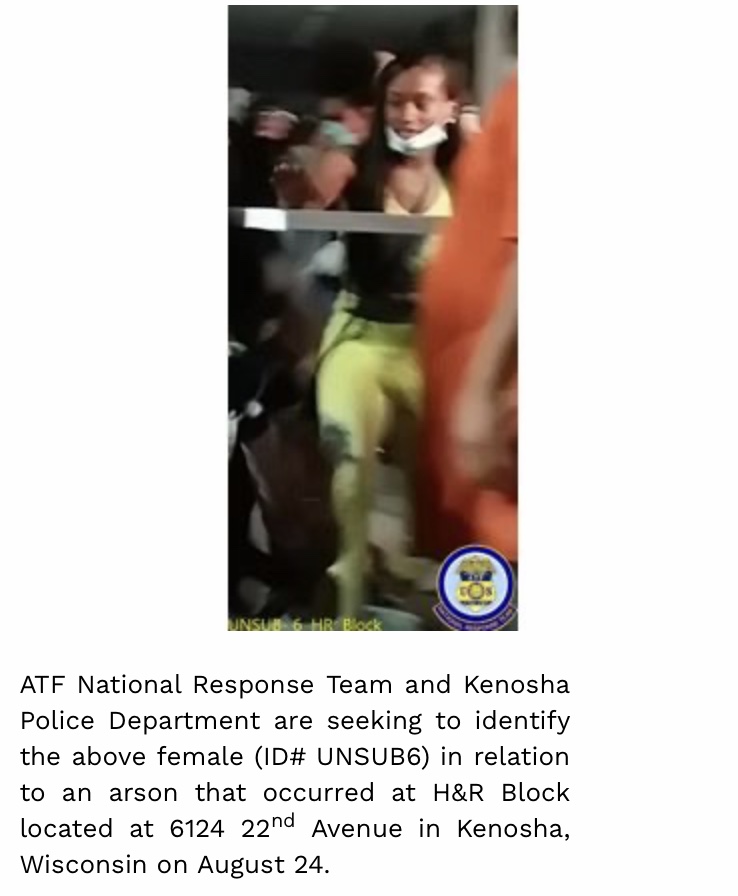 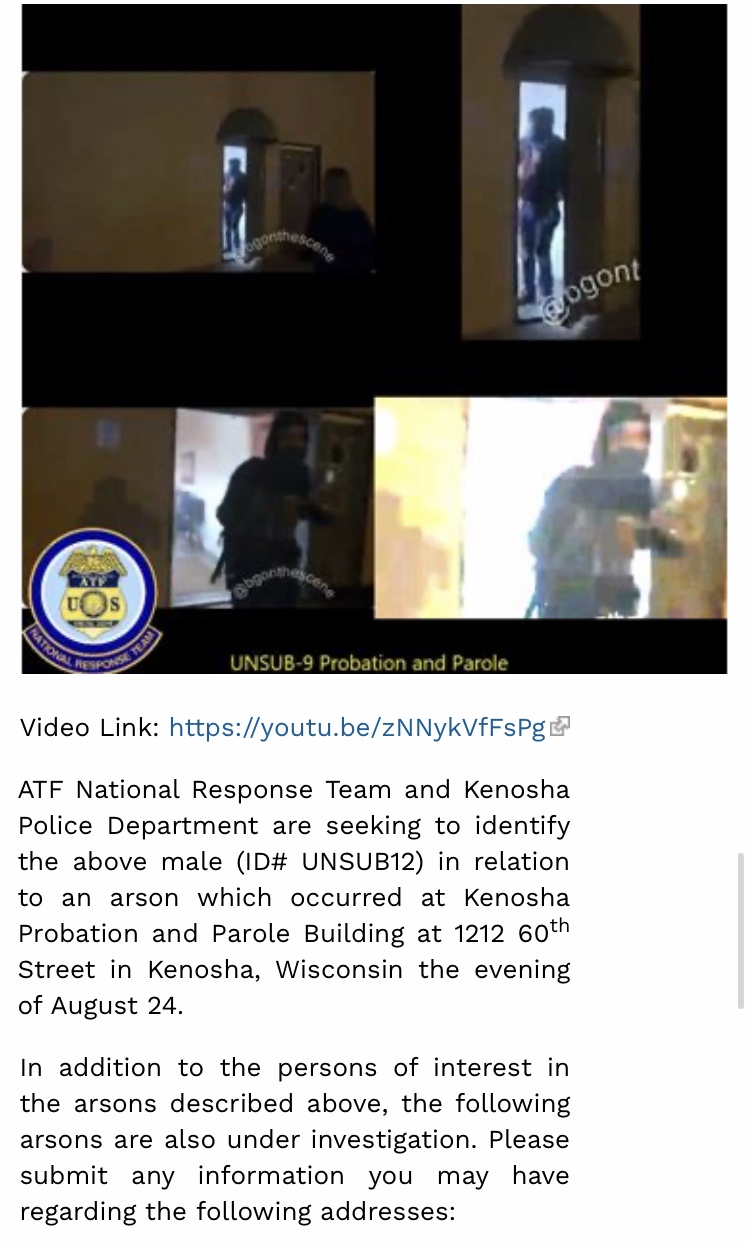 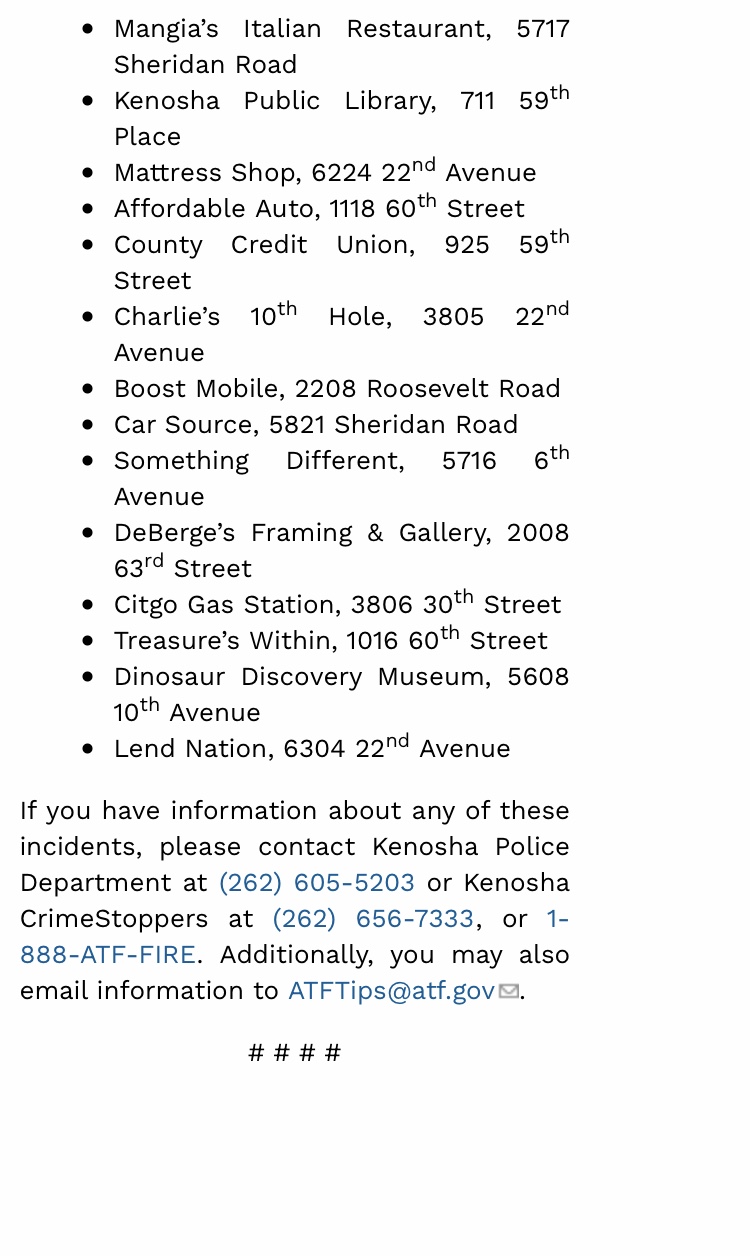