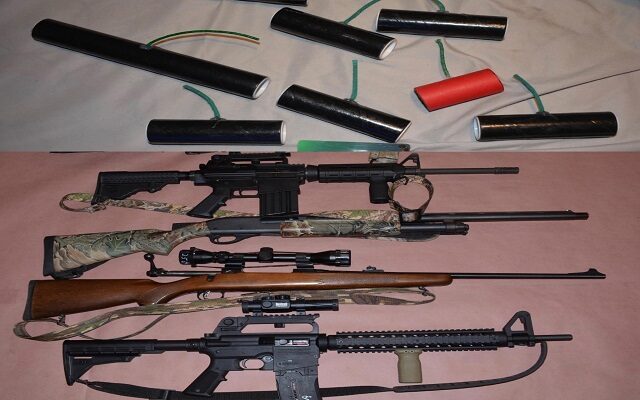 KENOSHA, WI (WLIP)–Two suspects are in custody following a bust that yielded a large amount of drugs, firearms, and homemade explosives.

The Kenosha Drug Operations group executed a search warrant just before 5 AM Thursday morning in the Village of Pleasant Prairie.

The suspects were taken to jail and are charged with several felonies including possession with intent to deliver THC, operating and maintaining a drug house, possession of homemade explosives, and the illegal possession of firearms.