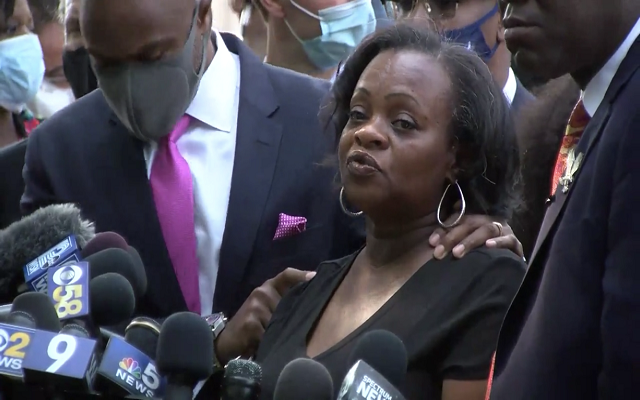 KENOSHA, WI (AP)–The family of the man who was shot by a Kenosha Police officer spoke in public for the first time yesterday.

Blake family attorney Ben Crump spoke Tuesday alongside family members of Jacob Blake. He said the 29-year-old was in surgery after being shot on Sunday night multiple times and it would “take a miracle” for him to walk again.

Jacob Blake’s mother Julia Jackson says her son would be shocked by the damage that’s been done in Kenosha by protesters.

Another family attorney said they would be filing a civil lawsuit against the police department over the shooting. Police have said little about what happened, other than that they were responding to a domestic dispute. The Wisconsin Department of Justice is investigating.