Two Kenosha men were arrested in connection with car burglaries in the Antioch area. 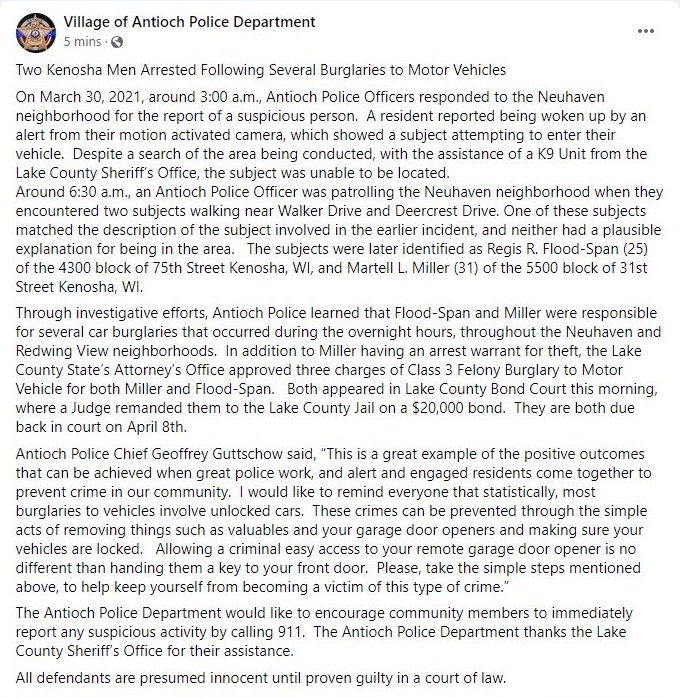 Antioch is also where Kyle Rittenhouse was from.

Rittenhouse is charged with killing two people and injuring a third during a shooting incident in the middle of the Kenosha Riots last August.

His trial is set for this fall.