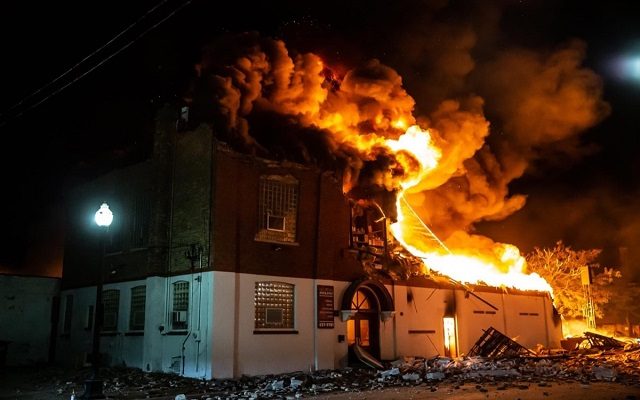 KENOSHA, WI (WLIP)–Clean up efforts are well underway in Kenosha and there are many glimmers of hope coming from the rubble. One of the hardest hit buildings was the Danish Brotherhood Hall.

As members were sifting through the site they managed to find some treasures that survived the fire that claimed the building.

Dwayne from the Danish Brotherhood told WLIP’s Lip Off that among the treasures were some photos that go back to the very beginning of the organization.

Members were also able to find some important symbols of the group.

The Danish Brotherhood is raising funds to rebuild their hall.

You can contribute by clicking here