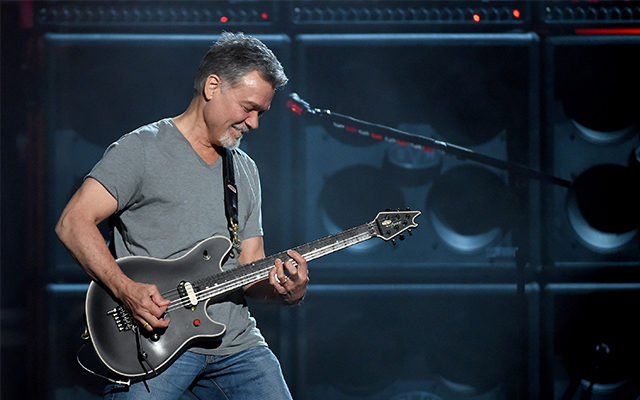 Who Do Ya Know That Wants To Buy A Guitar?

There’s another online auction going on featuring four more Eddie Van Halen guitars. All 4 have reportedly been played by the guitar legend and are going up for auction at Auction House Gotta Have Rock And Roll. There’s a 86 custom Kramer striped guitar from the 5150 tour, a Kramer Frankenstrat copy, which comes from the 1995 “Balance” tour; a “Tic Tac Toe” Charvel guitar; and Eddie’s studio-played custom “No Bozos” guitar. All together the 4 guitars could garner over $1,000,000.00.

Recently, a Frankenstrat guitar that Eddie owned was sold for $50,000 via Heritage Auctions. The instrument was made for Eddie circa 1984 by Steve Ripley, who was renowned for his stereo guitars that Eddie used on songs like “Top Jimmy”. Built from a Kramer Striker very early in the Ripley/Kramer era, as it does not have stereo, the instrument is believed to have been used by Eddie as a backup guitar on the “1984” and “5150” tours in the mid-1980s.

Eddie’s son Wolfgang has criticized some of the sellers saying they were “taking advantage of my father’s passing”, and he had “nothing to do with” the sale. “I don’t EVER plan on selling any of my father’s iconic guitars,” he said.