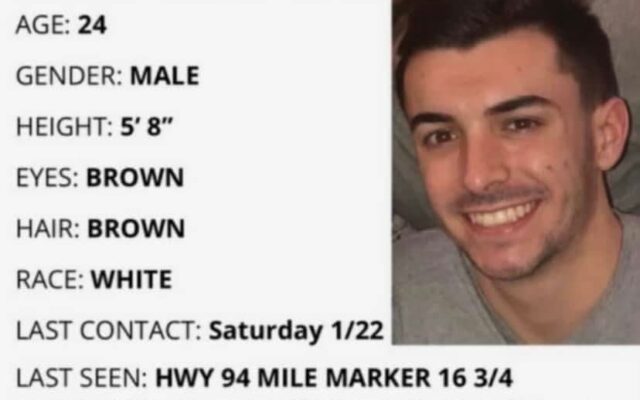 (Antioch, IL)  Another extensive search for an Antioch man came up empty on Thursday. Thomas Howe was involved in a traffic accident near Lambs Farm last Saturday. Witnesses observed the 24-year-old walking away from his vehicle after the crash, and no one has seen him since. On Monday of this week, a search of a forest preserve led to the discovery of Howe’s work cell phone, but that’s the only clue that’s been found. He is described as a white male, 5’8” with brown eyes and brown hair. He was last seen in a grey North Face jacket and jeans. Anyone with more information on Howe’s whereabouts is being encouraged to contact Antioch Police