KENOSHA, WI (WLIP)–No injuries were reported after a controlled burn went out of control at a Kenosha County Mushroom Farm.

The farm on 60th Street in the western part of the county was burning in a pit before embers from some cardboard spread the flames to nearby plastic planting trays, damaging a tractor and the side of a barn.

The cloud of smoke from the burn was large enough to be seen from Kenosha to Lake Geneva.

The blaze remains under investigation.

Pictures of the blaze prior to fire crews responding: 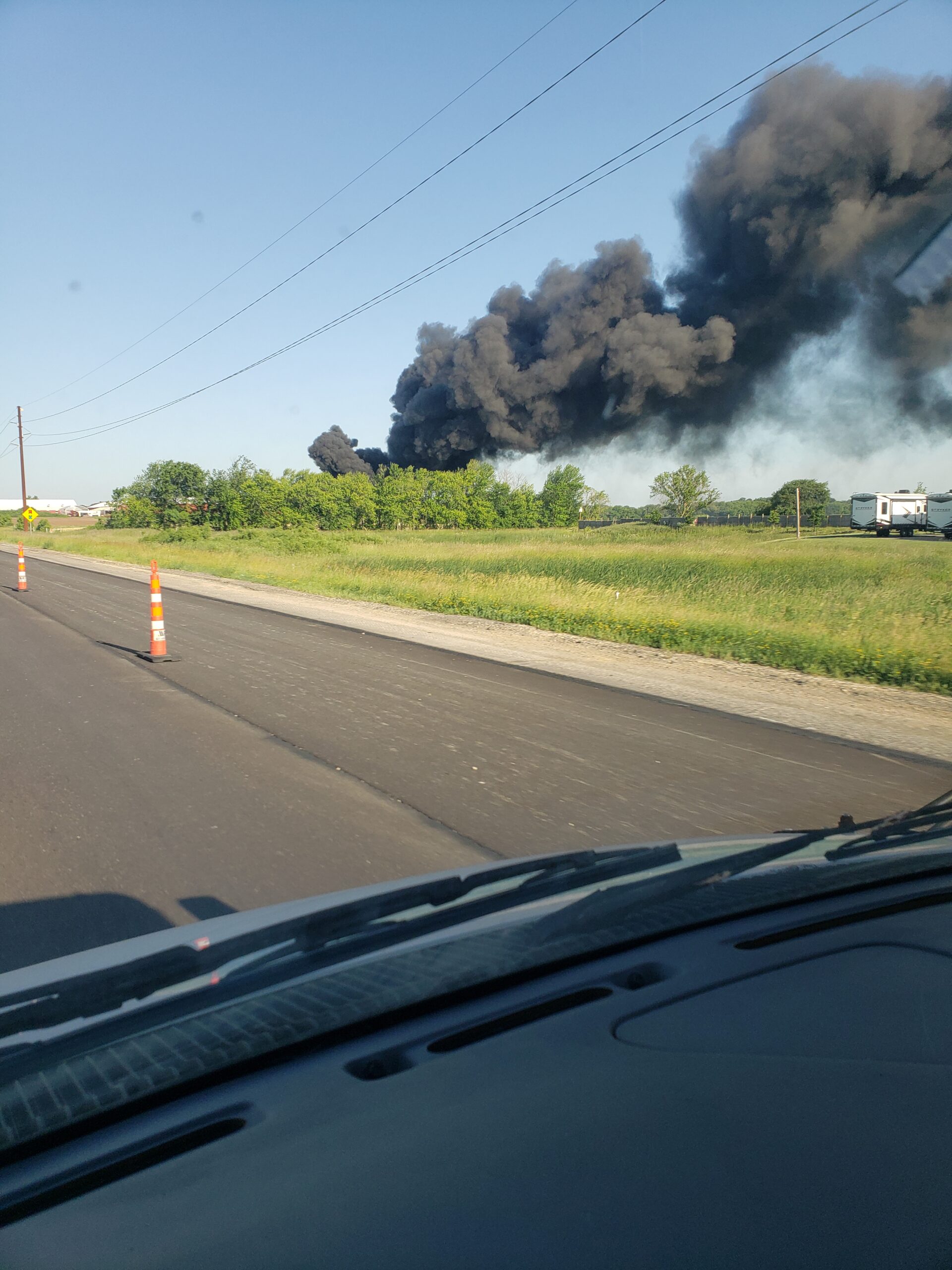 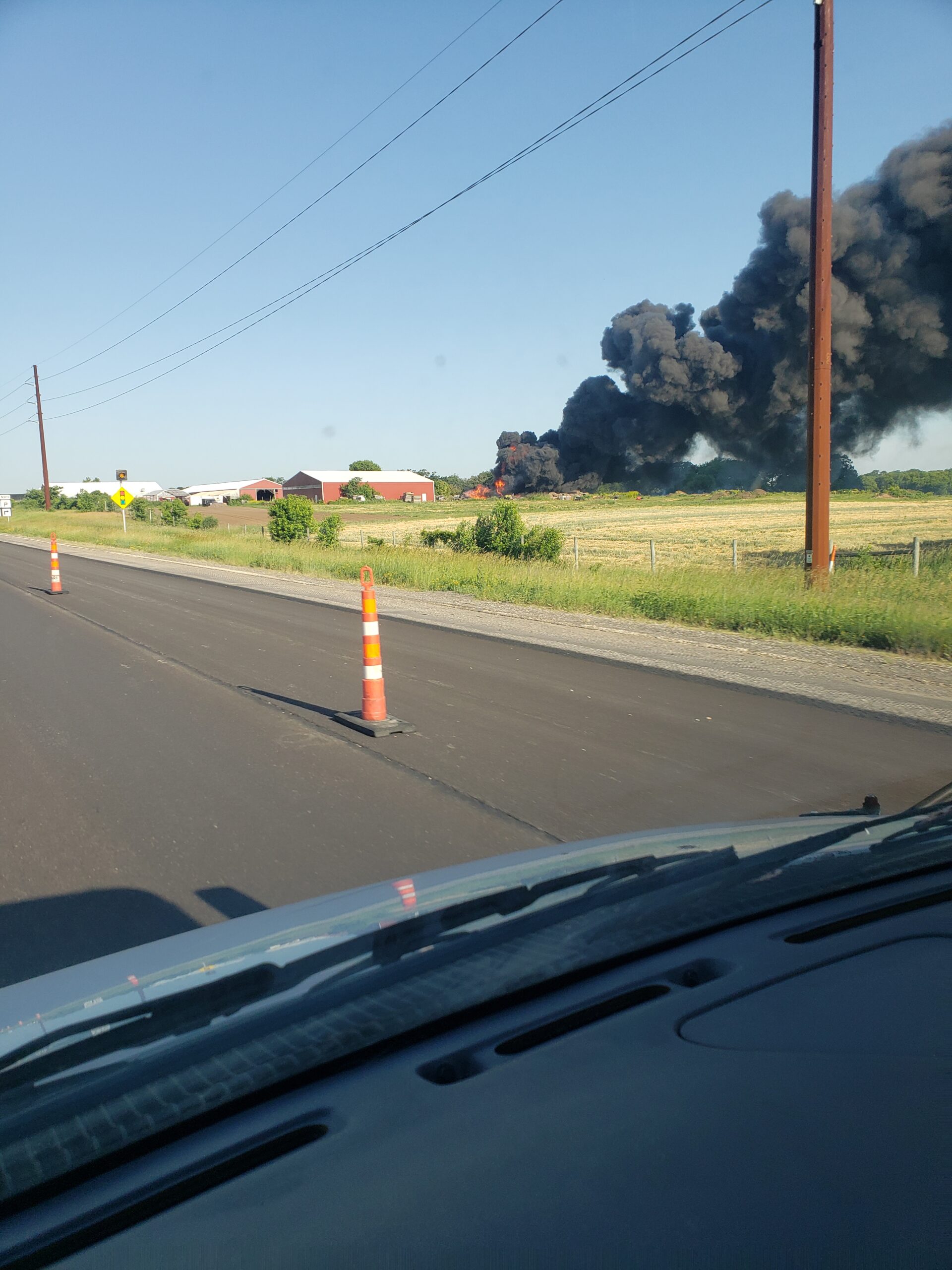