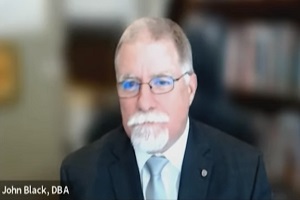 KENOSHA, Wis. (AP) — A use-of-force expert says an Illinois man who shot three people during a police brutality protest in Wisconsin last year made a reasonable decision given everything that was going on around him.

John Black, testifying for the defense at a pretrial hearing, said Tuesday that he thinks 18-year-old Kyle Rittenhouse was justified in using deadly force because one of the men he killed tried to grab his gun, the other hit him with a skateboard and grabbed his gun, and a third man whom he wounded had approached him with a handgun.

Rittenhouse, of Antioch, Illinois, faces multiple charges, including homicide. He argues that he fired in self-defense. His trial is set to start Nov. 1.