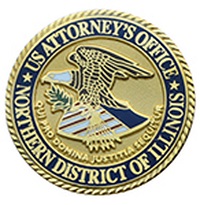 (Chicago, IL)  A Round Lake Beach woman is facing federal charges stemming from her role as the head of the Grayslake Area Chamber of Commerce and Industry. The U.S Attorney’s Office says Karen Christian-Smith is facing six counts of wire fraud, for reportedly misappropriating at least $300,000 from the organization between 2013 and 2019. The 56-year-old had taken the position in 2006. Officials say each count of wire fraud carries a potential 20-year prison sentence as well as restitution. A federal arraignment for Christian-Smith has not yet been scheduled.