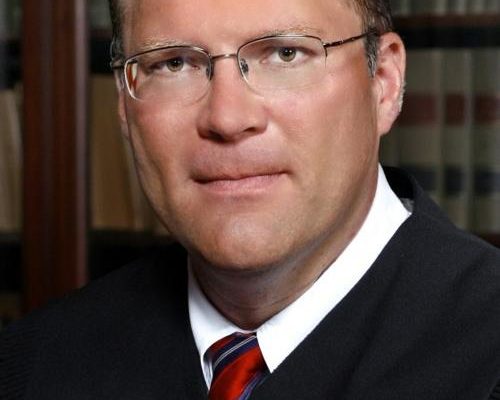 Michael Gableman said he was temporarily representing Harry Wait in a preliminary hearing in Racine County, the Racine Journal Times reported. Wait has been charged with election fraud and identity theft for requesting the ballots of Assembly Speaker Robin Vos, Racine Mayor Cory Mason and others.

Wait has said he requested the ballots to prove that the state’s voter registration system, MyVote Wisconsin, is vulnerable to fraud.

A crowd stood outside the courthouse Monday in support of Wait. Some members of the group held signs for Honest, Open and Transparent Government, the group Wait leads, and drew praise from Gableman.

“It really is remarkable and refreshing and all the good things that the founders envisioned for democracy,” he said.

Honest, Open and Transparent Government’s website promotes narratives of election fraud and gives members advice for how they can “take back Wisconsin.”

Gableman voiced similar sentiments at a dinner this month hosted by the Republican Party of Outagamie County, where he said a revolution was “the only way to keep an honest government,” the Milwaukee Journal Sentinel reported.