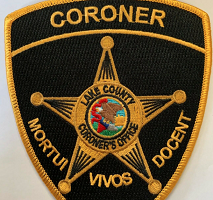 (Waukegan, IL)  Lake County Coroner’s officials have made positive identifications on three people that were killed in a Gurnee crash. The vehicle containing the bodies was found on fire early Sunday morning, off the roadway near Grand Avenue and Greenleaf Street. Autopsies were performed on the deceased on Monday which determined all three victims died of blunt force injuries. The victims have now been identified as 27-year-old Javon Stribling of Zion, 27-year-old Gregory McClain of Calumet City, and 36-year-old Emmanuel Gaiter of Waukegan. The investigation into the how and why of the actual crash continues by Gurnee Police and the Major Crash Assistance Team.