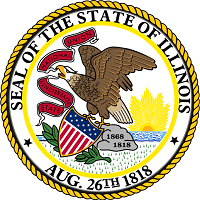 (Springfield, IL)  JB Pritzker has taken his 2nd oath of office as Illinois Governor. During his swearing in on Monday, the Governor made several promises, including bringing down Illinois debts, banning assault weapons, free preschool for all, and tuition free for college for every “working-class family.” He did not elaborate on any of the promises, but will have a massive majority in both houses of the legislature. The Governor also claimed he has no intentions to run for higher office, despite rumors of a future presidential run during the last campaign.

The Illinois Senate has approved a ban on semiautomatic weapons, among other gun legislation. The measure was approved 34-20 Monday just hours after Gov. J.B. Pritzker was sworn in to his second term in office. The Senate’s plan differs slightly from the version the Illinois House OK’d last week, but after objections from House Democrats, Speaker Emanuel Welch joined Pritzker and Senate President Don Harmon in a statement confirming House concurrence Tuesday, which would send the matter to Pritzker. Republicans predicted the law would be summarily overturned in court as unconstitutional. Several lawsuits are expected.

Illinois Democrats that control the legislature have voted to give themselves a raise. In a late Friday vote, members of both the Illinois House and Senate voted along party lines to increase their salaries by 17%, or about 12-thousand-dollars per year. That number means the base salary for an Illinois lawmaker would rise to 85-thousand-dollars per year, making it the highest in the Midwest and the 4th highest in the country behind Pennsylvania, California and New York.