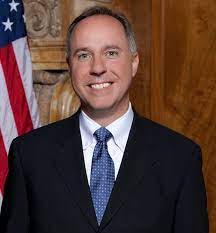 MADISON, Wis. (AP) — A judge has ordered that Wisconsin Assembly Speaker Robin Vos be held in contempt for failing to produce emails and text messages related to the investigation he ordered into the 2020 presidential election.

Bailey-Rihn wrote Wednesday that Vos and the Assembly, “after hearing and notice, have chosen to willfully violate a court order and are held in contempt.”

She told Vos and the state Assembly to turn over records within 14 days and to pay $1,000 per day if they fail to do that.

They will also have to pay some of American Oversight’s legal bills.