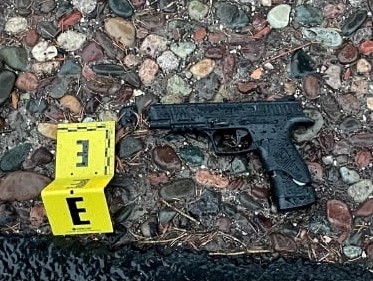 (Round Lake Beach, IL) Authorities in Round Lake Beach have announced an update from a police involved shooting last week. The incident took place when a juvenile pointed a gun at police on March 23rd in the 13-hundred block of Ridgeway Avenue. One officer on scene fired at the juvenile but did not hit him. The gun the boy possessed turned out to be a realistic looking replica weapon. That juvenile now faces two counts of aggravated assault with a firearm, as well as one count each of assault with a firearm to police, aggravated battery to a police officer and disorderly conduct. That suspect is said to be in the custody of his parents…and further details about the incident have not been released.