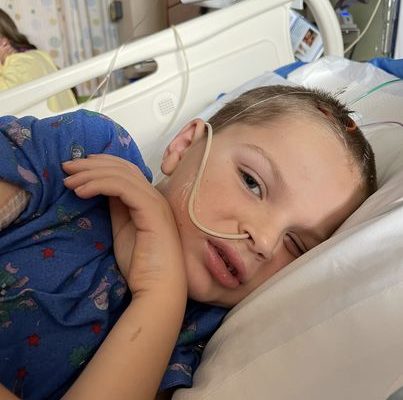 KENOSHA, WI (WLIP)–The Kenosha County boy who was injured by a flying piece of debris while playing outside his school continues his recovery.

Alex Hook continues to recover from his injuries.

He returned to school with the new year starting second grade but isn’t out of the woods yet.

According to a post on the Alex Hook Support Page he is still experiencing both physical and mental complications after he was struck by a flying piece of rebar as he was on the school playground during recess last year.

Alex continues on his meds after surgeries and other treatments, but any next steps won’t be known until closer to the end of the year.

His Go Fund Me Page is still active and nearing its goal.