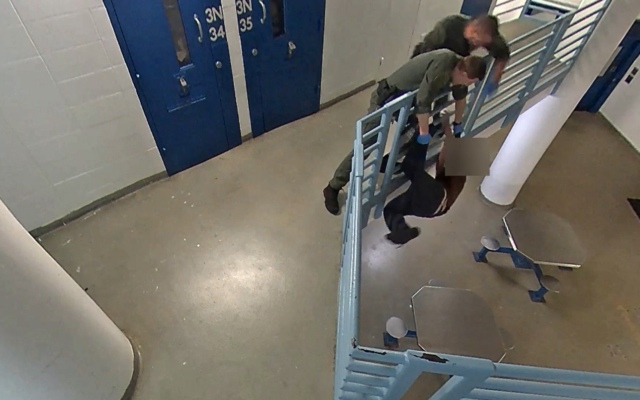 (Waukegan, IL)  A pair of Lake County Jail guards are being credited with saving an inmate who attempted to harm himself. The incident took place on August 9th as the inmate was being escorted from his pod’s recreational area back to his cell…that’s when the inmate attempted to jump over some upper level railing to the floor below. Correctional Officers Garrett Parsell and Matthew Bellavia were able to get a hold of the man, and get him back over the railing. No one was hurt, and the inmate is now being watched under “self-harm prevention protocols.”