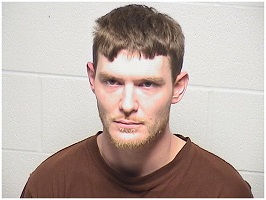 (Ingleside, IL)  An Ingleside man is facing a multitude of charges, after an incident inside his own residence. Lake County Sheriff’s officials say they responded to the 36-thousand block of North Fairfield Road on Sunday morning when a 911 call came in where dispatchers could hear a physical fight ongoing. Upon arrival, deputies say they received information that Daniel Winkles had assaulted three people in the home, including a 29 and 68-year-old woman, as well as a 72-year-old man. Winkles was taken into custody after a struggle with authorities and taken to the Lake County Jail. The 28-year-old faces several varying counts of aggravated domestic battery, and aggravated battery as well as resisting and obstructing police. Bond was set at 500-thousand-dollars. Winkles was also on parole at the time, and is now wanted on a violation warrant from the Illinois Department of Corrections.