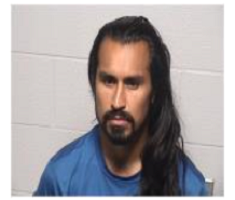 (Waukegan, IL)  A Third Lake man has been sentenced in the beating and rape of a woman nearly 2 years ago.  Andres Leyva was convicted earlier this year during a bench trial on two felony counts of sexual assault stemming from an incident in the village back in September of 2020. During a sentencing hearing this week, the 31-year-old was given a prison term of 16-years behind bars. Leyva was credited with just under 2 years of time already served.