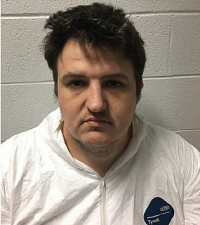 (Waukegan, IL) A man accused of killing his three children in Round Lake Beach has had his bond modified. Jason Karels was being held on a 10-million-dollar bond for the June 13th drowning deaths of 5-year-old Bryant, 3-year-old Cassidy, and 2-year-old Gideon Karels. During a bond review hearing on Tuesday prosecutors asked that the 35-year-old be held without bond going forward, a motion that was granted by the judge. Karels is currently charged with three counts of first-degree murder, though there is a possibility that other charges could be added. A preliminary hearing in the case is set for July 13th.