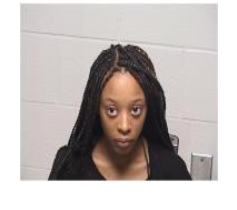 (Waukegan, IL)  Zion Police have announced the arrest of a teen in connection with an armed robbery. Officials say Angel Powell was taken into custody on Saturday, though few details about her  alleged crime have been released. The 19-year-old faces one count of armed robbery, though the charge specifies that no firearm was used. Powell is being held in the Lake County Jail on a 150-thousand-dollar bond, and is due in court later this morning.