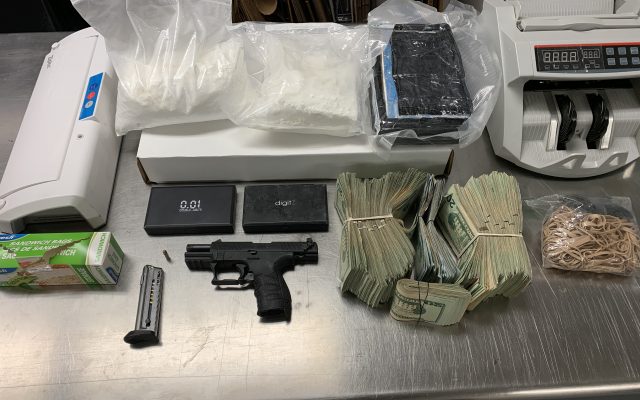 (Lake Villa, IL)  A search warrant has led to the arrest of a Lake Villa man. Anthony Brown was taken into custody last week following an investigation by the Lake County Sheriff’s Office Special Investigations Group, and the local branch of the ATF. Brown is accused of possessing nearly three kilograms of powder cocaine, as well as a handgun, and a large amount of cash. The 38-year-old is facing felony charges of possessing, as well as the manufacture and delivery of over 900 grams of cocaine, as well as being a felon in possession of a firearm. Bond was set at 750-thousand-dollars. Brown is due in court Friday morning.