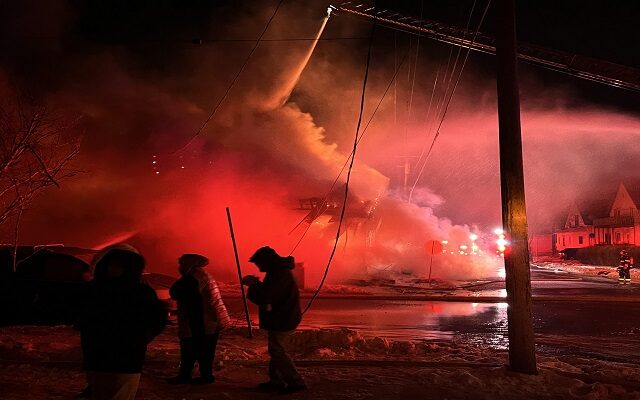 KENOSHA, WI (WLIP)–Kenosha fire crews were on the scene late into the night fighting a fire at a longtime local business.

Scanner reports indicated that a fire was reported yesterday afternoon which quickly engulfed the Model Market building on 54th Street between 23rd and 24th Avenues.

There is no official word on any injuries but reports say that five people were displaced due to the fire. The windy and cold conditions made fighting the fire difficult.