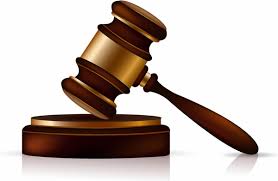 An officer on bike patrol with the Kenosha Police Department, was in the area of the 5200 block of 6th Avenue at 8:07 P.M, June 25th, when he noticed a strong smell of marijuana lingering in the air. When he confronted Malmstrom, who was with four other males that were all in possession of alcohol, and ran his information, he discovered that Malmstrom had five pending misdemeanor cases in Kenosha County. One of his bond stipulations, was not to consume alcohol. When the officer tried to take Malmstrom into custody, he reportedly became hostile towards the officer, swearing and making harmful threats, according to the criminal complaint.

Malmstrom made his initial appearance Monday afternoon before Court Commissioner Loren Keating, who set a cash bond of $1,000. Malmstrom could possibly get a $10,000 fine and six years in prison for the felony charge. He is also charged with seven counts of misdemeanor bail jumping, which each carry a fine of $10,000 and nine months in jail.