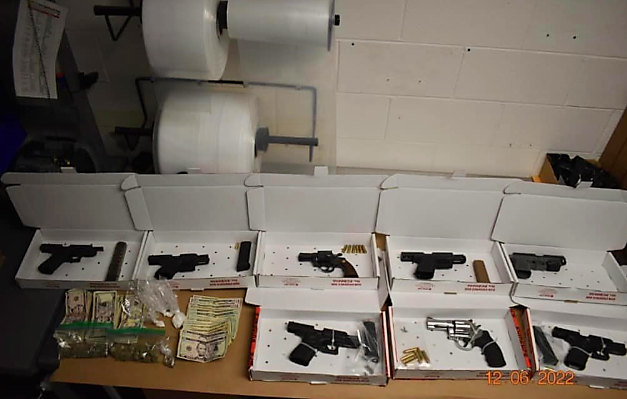 (Zion, IL) Police in Zion announced multiple arrests after serving a search warrant. Officials say investigations by several units of local law enforcement into recent violent crimes led them to a home in Waukegan. Upon arriving at the house, four people attempted to flee in a vehicle, but were quickly apprehended…three firearms and hundreds of rounds of ammunition were found in that vehicle. Five people were then arrested inside the targeted home, and several things were seized including more firearms and ammunition, drugs, and proceeds from alleged burglaries. Five of the nine people detained have been charged, while charges could be forthcoming for others, as the investigation into the matter continues. 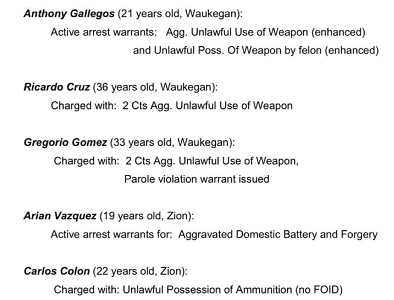