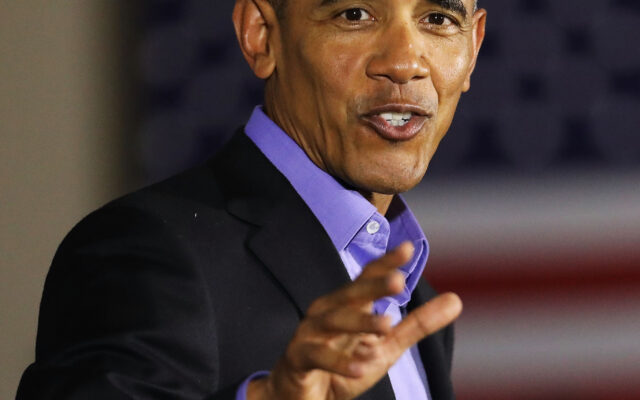 NEWARK, NJ - OCTOBER 19: Former President Barack Obama speaks at a rally in support of Democratic candidate Phil Murphy, who is running against Republican Lt. Gov. Kim Guadagno for the governor of New Jersey on October 19, 2017 in Newark, New Jersey. This is Obama's first return to the campaign trail to stump for Democratic gubernatorial candidates in New Jersey and Virginia as they prepare for next month's elections. (Photo by Spencer Platt/Getty Images)

MADISON, Wis. (AP) — Former President Barack Obama, who twice won Wisconsin by large margins, is coming to the battleground state in the final days of the campaign to give a boost to the Democratic governor and challenger to Republican U.S. Sen. Ron Johnson.

Obama plans to hold an early vote event on Oct. 29 in Milwaukee, the state’s largest city and home to the largest group of African American voters.

Lt. Gov. Mandela Barnes is taking on Johnson and would be the first Black senator from Wisconsin should he win.

Gov. Tony Evers is challenged by Tim Michels. Marquette polls for months have shown that race to be about even.