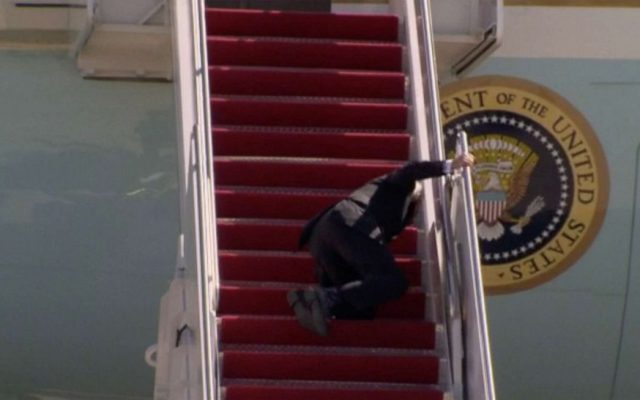 President Joe Biden did not get hurt today as he tripped multiple times boarding Air Force one, the White House stated. While Biden was climbing the planes steps, he appeared to trip, get up, then trip again. He struggled to get up the second time for a quick moment, before making it to the top of the steps, then turned to wave, before entering the plane quite quickly.

The White House press secretary did say that it was very windy outside and that she nearly fell boarding the plane, on it’s way to Atlanta. Biden had broken his foot back in November, just after his 78th birthday and winning the White House, making him the oldest president in US history. Biden fractured his foot after he slipped while playing with one of his two dogs. The Press Secretary also stated that he didn’t hurt that foot when tripping, after a reporter asked if he did.

In 2020 his medical history was released and showed that he was healthy and fit for the presidency.