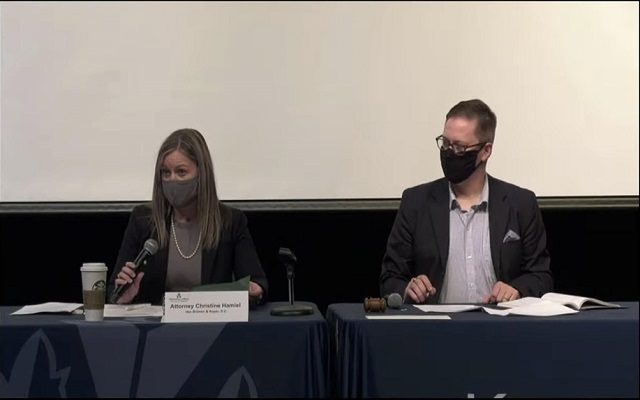 KENOSHA, WI (WLIP)–The Kenosha Unified School District held its annual meeting of electors last night and in a coordinated effort by the electors, changes were made to KUSD’s proposed budget.

First Eric Meadows was voted the chair of the meeting which is traditionally held by the school board president.

Then the biggest change was made. Compensation of board members will be much less-as proposed by elector Amanda Nedweski.

That change-and and the reduction of compensation for loss of income while performing board duties-goes into effect immediately.

After the district’s budget proposal was voted down, Nedweski proposed a lower budget number of 86 million dollars. That number is based on decreased enrollment in the district over the past two years.

That move is advisory and can change. The changes are largely- it’s a thought-in reaction to recent board policies requiring mask wearing in schools.