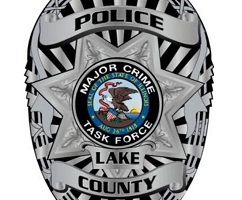 (Antioch, IL) An Antioch homicide is under investigation. Police were called late last night to the 1000 block of Main Street on reports of shots fired. When authorities arrived they made entry to an apartment and located a 42-year-old man dead. A preliminary investigation showed that the deceased was likely shot by someone who was able to flee the scene before police arrived. The victim has not been identified and no arrests have been announced at this point. The Lake County Major Crime Task Force has been called in to assist in the investigation.