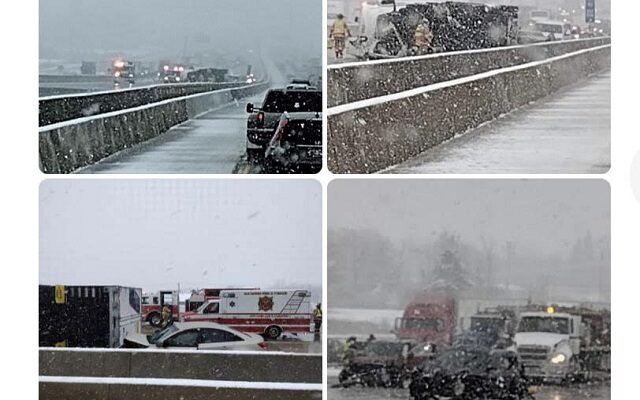 It happened on I-94 in Racine County near Highway K. Sheriff’s deputies were called around 12:15 PM after a Jeep Cherokee lost control, struck the median, and slid across four lanes of traffic before colliding with a Cadillac SUV.

As a deputy arrived on the scene of the initial crash, a semi had to swerve to avoid a second collision.

As the semi swerved toward the median it hit the slush on the road and rolled onto the passenger side, blocking the left lane.

Two more vehicles came upon the scene and stopped, but another struck the second of those two vehicles from behind.

The injuries to the three people are thought to be non-life threatening.

Northbound I-94 was shut down for about four hours for clean-up.