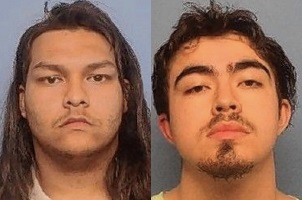 (Waukegan, IL)  Two people have been arrested and charged in a double shooting in Waukegan that left one person dead. Waukegan Police say 18-year-old Jorge Medina was the gunman in the Sunday incident that left 24-year-old Stefan Filipovic dead, and another man injured. Officials say the motive appeared to be retaliation from a shooting that took place last year. Another man, 19-year-old Fernando Andino, has also been charged. Authorities say he drove Medina to the scene where the shooting took place. Both teens are charged with first-degree murder…Medina is also charged with attempted murder and aggravated battery, Andino faces additional charges of aggravated battery and fleeing. Despite the arrests, police say the investigation into the shooting is ongoing.