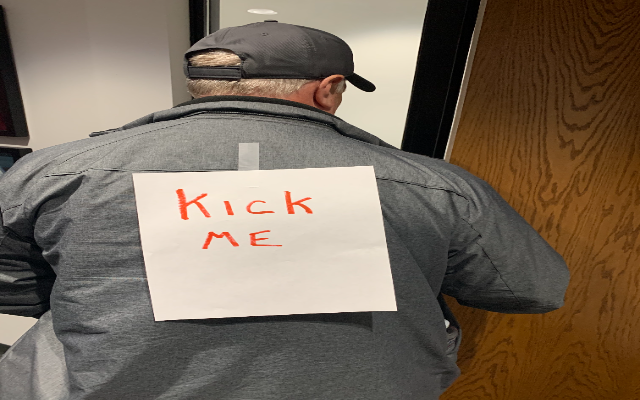 Watch Your Back Tomorrow! It’s April 1st! April Fools has been celebrated for centuries by different cultures.

Where did April Fools Begin?
Some historians speculate that April Fools’ Day dates back to the late 1500’s, when France switched from the Julian calendar to the Gregorian calendar. In the Julian Calendar, as in the Hindu calendar, the new year began with the spring equinox around April 1. People that forgot that the start of the new year had moved to January 1 became the butt of jokes and pranks and were called “April Fools.”

History of April Fools’ Day
April Fools’ Day spread throughout Britain during the 18th century. In Scotland, the tradition became a two-day event, starting with “hunting the gowk,” in which people were sent on phony errands (gowk is a word for cuckoo bird, a symbol for fool) and followed by Tailie Day, which involved pranks played on people’s derrieres, such as pinning fake tails or “kick me” signs on them.

April Fools’ Day Pranks
In recent years, people have gone to great lengths to create funny and shocking April Fools’ Day hoaxes. Newspapers, radio and TV stations and websites have participated in the April 1 tradition of reporting outrageous fictional claims that have fooled their audiences. One of the more memorable April Fools’ pranks came about in 1996 when Burger King announced that they would be creating and carefully engineering a new “Left Handed” Whopper for southpaws on the BK menu. This sort of backfired when stores across the country were flooded with requests for the new burger. What google.com tomorrow, they usually create some sort of April Fools’ prank with their site however last year, Google employees were asked to refrain from any pranks on the website. The employees were urged to focus on the relief effort. We’ll have to wait until tomorrow to see if they do anything this year!