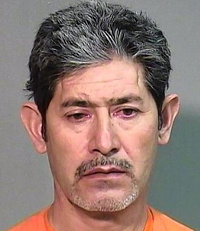 (Woodstock, IL)  A Waukegan man is going to prison, after he admitted to abusing two young girls. Homero Alcaraz-Bello pleaded guilty to counts of predatory criminal sexual assault and abuse of a child. The charges stemmed from accusations that the 52-year-old had inappropriate contact with a 6 and 7-year-old girl back in 2014 in Woodstock…one of the victims was said to be a relative. Alcaraz-Bello could have gotten up to life in prison had he been found guilty at trial…with the plea, he was sentenced to 13-years, and must be on the sex offender list for life.