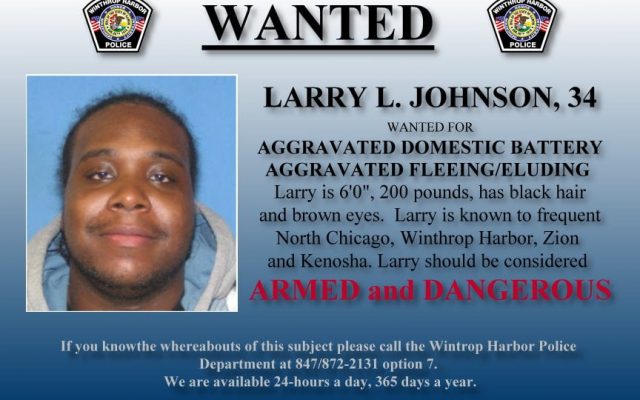 (Winthrop Harbor, IL) Winthrop Harbor Police are seeking the public’s help in locating a wanted man. Officials say Larry Johnson is wanted on outstanding warrants for Aggravated Domestic Battery, Domestic Battery and Aggravated Fleeing and Eluding a Police Officer. Johnson is described as a 34-year-old black male, about 6 feet tall, 200 pounds with black hair and brown eyes. Authorities say he should be considered armed and dangerous, and has been known to frequent not only Winthrop Harbor, but North Chicago, Zion and Kenosha. Anyone with more information is being encouraged to contact police.