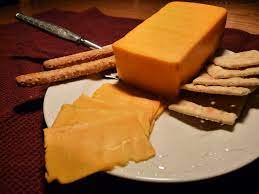 But believe it or not, in a state that produces more cheese than any other at 3.4 billion pounds each year, there is no official state cheese.

A bipartisan bill being heard by a state Assembly committee on Wednesday would change that. The measure makes colby, which was created in Wisconsin more than 100 years ago, the official cheese.

The bill must pass the Legislature and be signed by Gov. Tony Evers before becoming law.