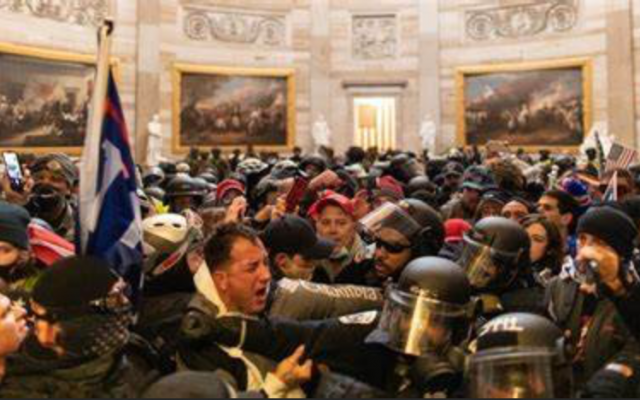 MADISON, Wis. (AP) — A federal judge has ordered a Janesville man charged in the U.S. Capitol breach to stay away from the nation’s capital unless he has business in court. Michael Fitzgerald is charged in the District of Columbia with illegally entering the Capitol on Jan. 6 when a mob of Trump supporters created havoc as lawmakers were certifying the results of the November presidential election. Five people were killed in the chaos. U.S. Magistrate Stephen Crocker on Thursday also ordered Fitzgerald to wear an ankle monitor while his case is pending. Prosecutors in Washington have sought the condition for everyone charged in the riot who is not in custody.