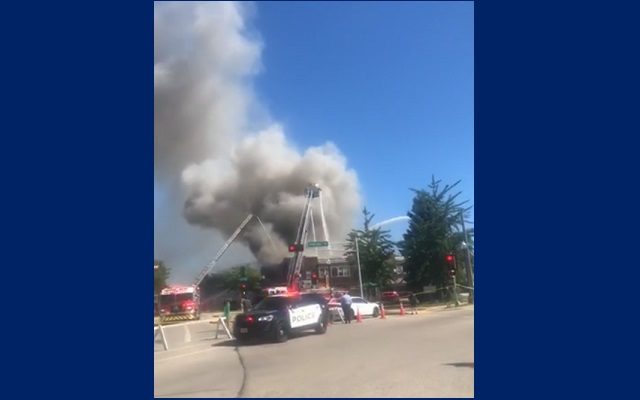 The Kenosha Fire Department reports that the first reports of the blaze broke out just before 8 AM at the Galgano Records Store at 6217 22nd Avenue in Kenosha.

Fire Chief Charles Leipzig said in a press release that initial crews spotted smoke before the fire came up an outside wall and into the attic. From there the fire spread to other businesses in the building as well as several upper level apartments.

Once that happened, crews were recalled out of the building and defensive measures began. Firefighters were able to save two nearby businesses from the flames. By 1 PM, the fire was under control.

The cause of the fire remains under investigation. The building is thought to be a total loss.

Jensen’s Fate in the Hands of the Jury