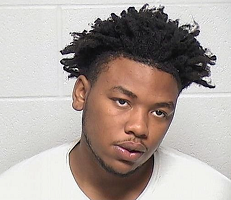 (Waukegan, IL)  Bond has been set at 3-million-dollars for a North Chicago teen accused of killing another North Chicago teen. Amireon Williams is facing first-degree murder charges and more for the Sunday evening shooting death of 14-year-old Lavon’ta Brown. During a bond hearing Tuesday, prosecutors said there were six total people in the car that confronted the victim, and that more than one person opened fire, before Brown returned fire. Three people were caught shortly after the shooting, including Williams…though no charges have been announced against two of them. Three others are still being sought, and the investigation into the incident is considered ongoing.