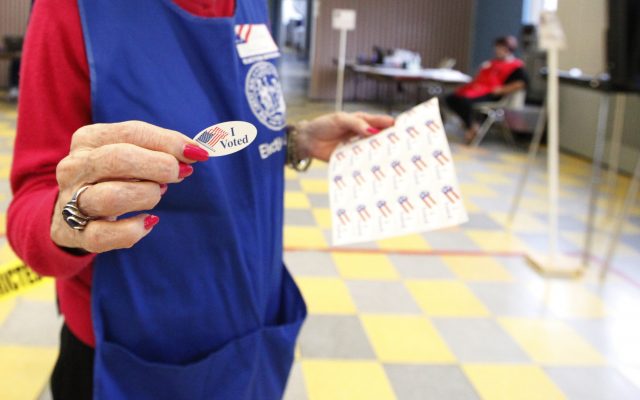 Sheriff Christopher Schmaling on Thursday called on the Wisconsin Department of Justice to launch a statewide investigation.

Schmaling, a Republican who was first elected sheriff in 2010 and supported Trump in 2020, says the justice department has already turned down his request once.

A department spokeswoman did not immediately return a message seeking comment.

A nonpartisan election audit released last week determined that the elections commission did not follow the law when it stopped poll workers from going to nursing homes.

Wisconsin Elections Commission Chair Ann Jacobs said in a statement “To put it simply, we did not break the law…In fact, without action from the Commission, many residents in Wisconsin care facilities could have and would have been disenfranchised and not able to vote in the 2020 elections.”