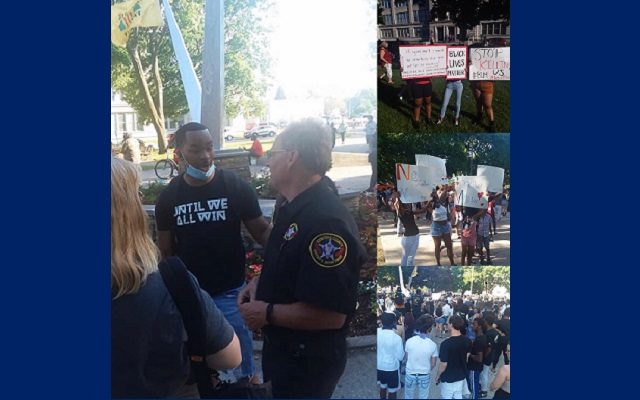 A short lived protest happened in Downtown Kenosha last night, over the death of a 13 year old shot by police in Chicago. The protesters blocked traffic along Sheridan Road for a brief period before dispersing. The disturbing video of 13 year old Adam Toledo being shot by police was released this week, sparking protests across the nation, especially in southeastern Wisconsin and northern Illinois.  The body cam footage shows the boy appearing to drop a handgun and begin raising his hands less than a second before a Chicago police officer shoots and kills him. Kenosha Police say last night’s protest ended without incident and no arrests were reported.