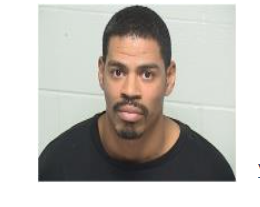 (Zion, IL) Police in Zion have announced the arrest of a wanted subject. William Gilbert was wanted on a parole violation when he was pulled over on November 11th. During the traffic stop, police say they located fentanyl, cocaine, about a pound of cannabis and a rifle with no serial number. The 40-year-old Waukegan man was slapped with 2 counts each of unlawful possession of a controlled substance, intent to deliver, unlawful possession of cannabis and unlawful use of a weapon. Bond for Gilbert was set at 750-thousand-dollars. He’s due in court on November 30th.