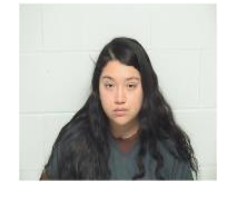 (North Chicago, IL)  One woman has been charged, another has been identified in a fatal car versus pedestrian crash in North Chicago. The incident started in the pre-dawn hours of Saturday when 24-year-old Alyssa Charles of Waukegan was struck and killed by a vehicle in the 15-hundred block of Lincoln Street. An arrest was announced  a short time later, and while it’s not clear if the suspect fled the scene after the crash…25-year-old Gabriela Martinez is now facing a charge of failure to report an accident involving death. The Waukegan woman also faces one count of reckless homicide. Bond has been set at 200-thousand-dollars, and Martinez is next due in court on February 10th.