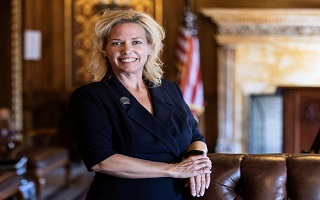 KENOSHA, WI (WLIP)–Samantha Kerkman will be the new Kenosha County Executive as she won more than 53% of the vote in yesterday’s unofficial results over Rebecca Matoska-Mentink.

There will be two new members of the Kenosha Unified School Board.

While incumbent Rebecca Stevens was the top vote-getter with about 19% of the vote, Kristine Schmaling and Eric Meadows also won a spot on the board.

They both received 17% of the ballots cast.

In Kenosha’s Aldermanic races, incumbent Dave Daff was ousted by challenger Brandi Feree who got 549 votes to Paff’s 458.

It was a similar phenomenon for Alderman Daniel Prozanski who received 644 votes to Daniel Becker’s 554.