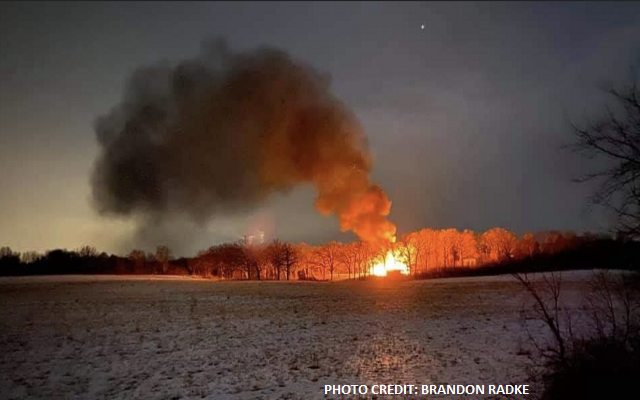 KENOSHA, WI—Fire crews were on the scene this morning of a barn fire in the town of Randall.

Initial calls were for crews to respond to the fire on 400th Avenue around 12:15 AM.

Scanner reports said that by the time crews arrived there wasn’t much left of the structure.

Fire fighters from many departments responded to the scene, including Burlington, Fox Lake, and more.

Reports also initially indicated that there were no injuries reported.

No further details are known.