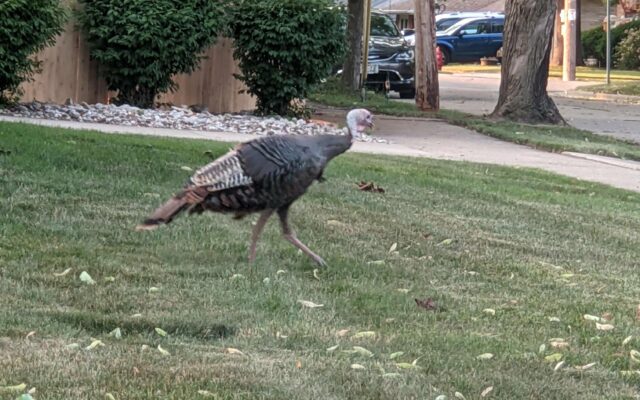 Kenosha’s resident turkey, lovingly known as Carl, was hit by a vehicle along Pershing Blvd. and 65th St. around 12:30pm today. He did not survive.

Carl had become a celebrity in the city and on social media, with residents giving updates on his whereabouts on the “Carl The Kenosha Turkey” Facebook page.

Carl had touched the hearts of many of Kenosha’s citizens in recent months. Many residents thought of Carl as a way to help take their minds off the recent events that the city has endured.

For all the people of Kenosha who were touched in some way by Carl’s antics, for all who experienced Carl sightings and all who loved Carl, all of us at WLIP and wlip.com…we tip a feather to you, Carl The Kenosha Turkey.