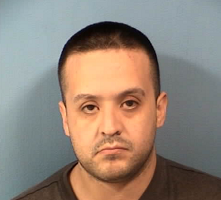 (DuPage, IL)  A Lake County man has been charged in another Illinois county, with the death of another Lake County man. DuPage County prosecutors say Francisco Maldonado of Round Lake Beach is facing one count of first-degree murder in the shooting death of Francisco Zavala of Round Lake. Zavala went missing in January, and was believed to be boarding a train for Indiana. His body was discovered in early March in a DuPage County Forest Preserve. Prosecutors say both the suspect and victim were in the same gang, and the murder seems to be the result of some sort of internal dispute. The 31-year-old Maldonado is being held on a 1-million-dollar bond. He’s due back in court early next month.