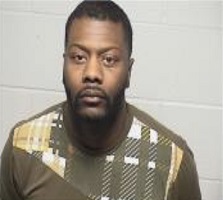 (Zion, IL)  A Beach Park man is facing multiple charges, after a routine traffic stop in Zion. Police say Willie White Jr. was pulled over on Sunday afternoon. A subsequent search of the man’s vehicle turned up a gun and several drugs including over 1-thousand pills, crack cocaine and an illegal amount of cannabis. The 32-year-old was cited for the original traffic violation…but was also hit with 7 felony charges including possession with intent to deliver, possession of a firearm by a felon and more. White’s bond was set at 350-thousand-dollars, but has since been reduced to 200-thousand-dollars. He’s due back in court on April 21st.