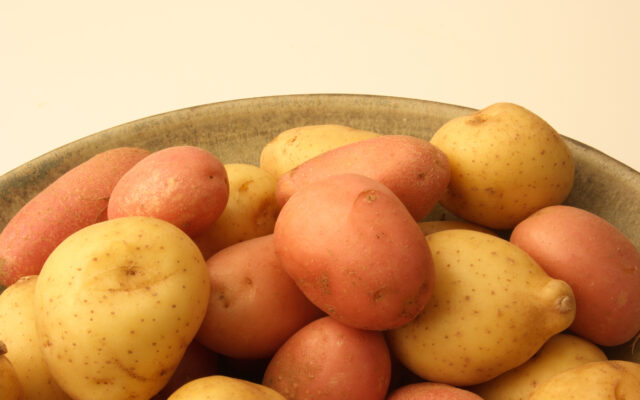 Subject: A bowl of red and yellow Yukon new Potatoes on a white background

WELLINGTON, New Zealand (AP) — Colin and Donna Craig-Brown were weeding their garden in New Zealand when Colin’s hoe struck something huge just beneath the soil’s surface.

As the couple knelt down and began digging around the object, Colin wondered if it was some kind of strange fungal growth, a giant puffball. After Colin pried it out with his garden fork, he scratched away a bit of the skin and tasted it.

“We couldn’t believe it,” Donna said. “It was just huge.”

And not exactly pretty. Donna describes its appearance as more of an ugly, mutant look.

But it’s quite possibly the largest potato on record. When the couple lugged it into their garage and put it on their old set of scales, it weighed in at a remarkable 7.9 kilograms (17.4 pounds). That’s equal to a couple of sacks of regular potatoes, or one small dog.