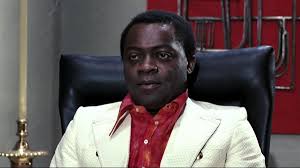 Yaphet Kotto, an actor who brought command and toughness to films like, James Bond “Live and Let Die” and Alien, has died. He was 81 years of age. On Monday, Kotto’s wife, Tessie Sinahon, announced his death on Facebook. She said that he had died in the Philippines.

Yaphet Frederick Kotto stood 6-foot-3 inches tall and had a compelling presence in films, television, and Broadway.He was raised in the Bronx and a descendent of Cameroonian royalty on his fathers side. He was best known for his role as an FBI agent in the movie “Midnight Run”, who has his badge stolen from Robert DeNiro, the James Bond villain, Mr. Big in “Live and Let Die”, and the technician Dennis Parker in 1979’s “Alien.”

Kotto is survived by his wife and six children.